The Los Angeles City Attorney’s office helped write a brief submitted Monday to the U.S. Supreme Court in support of a same-sex couple denied service by a Colorado baker because of their sexual orientation.

The brief prepared by the city’s lawyers, along with legal staff for Santa Clara County and New York City, was filed on behalf of 70 cities and counties and 80 mayors across the United States.

“Again we’re taking a stand for LGBTQ equality and against discrimination that assaults citizens’ dignity based on sexual orientation,” Los Angeles City Attorney Mike Feuer said. “A business that denied service because of a customer’s race or religion would be roundly condemned. Denying service based on sexual orientation deserves the same condemnation. The court should see this case for what it is — an attempt to subvert anti- discrimination laws that ensure equal treatment for all people.”

The case dates back to 2012, when a couple — David Mullins and Charlie Craig — went to Masterpiece Cakeshop in Lakewood, Colorado, to order a cake for their wedding, but were denied service by owner Jack Phillips because they were a same-sex couple.

The brief, filed in Masterpiece Cakeshop v. Colorado Civil Rights Commission, argues that the Supreme Court should reject Phillips’ claim that he can refuse to make wedding cakes for same-sex couples because making a cake is an act of expression protected under the First Amendment.

The Colorado Civil Rights Commission ruled that the bakery had violated Colorado law by discriminating against Mullins and Craig. The bakery sought review of the ruling by the nation’s highest court, which is scheduled to hear oral arguments on Dec. 5.

“Everyone deserves equal treatment under the law,” Los Angeles Mayor Eric Garcetti said. “The religious freedoms guaranteed under the Constitution should never be used as a cover for bigotry — and we cannot allow anyone to undermine protections that shield Americans from discrimination.” 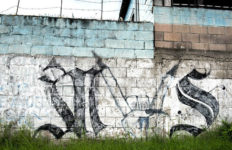 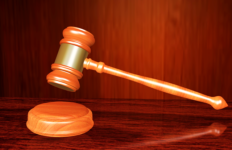 Former restaurant owner gets 90 days of bologna sandwiches in jail→ 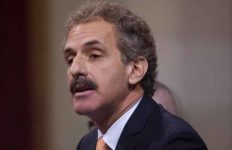