A 57-year-old Huntington Beach man has been sentenced to more than 11 years in federal prison for attempting to produce child pornography in a deal he thought was with a 13-year-old girl who turned out to be a 75-year-old man in disguise, prosecutors said today.

John McArthur, who worked as a firefighter captain for ConocoPhillips at its San Pedro oil refinery, pleaded guilty in May. U.S. District Judge Josephine Staton on Friday sentenced him to 135 months in prison, according to Thom Mrozek of the U.S. Attorney’s Office.

In January 2012, McArthur engaged in online communication with someone he thought was a 13-year-old girl in the Philippines. McArthur agreed to send the girl money to buy a camera so she could take sexually explicit photos of herself and an 11-year-old friend, according to prosecutors.

McArthur sent the money via Western Union, but what the defendant did not know was the cash ended up in the hands of Robert Oliver Clark, 75, a U.S. citizen living in the Philippines, prosecutors said.

Clark, who has been sentenced to 97 months in federal prison for possession of child pornography, was posing as the 13-year-old girl with whom McArthur was communicating, according to prosecutors.

While trying to contact the fictional 13-year-old girl, investigators soon realized it was Clark and had him arrested in September 2014, Assistant U.S. Attorney Allen W. Chiu said.

In his plea deal, Clark acknowledged he “possessed, in his computer hard drive and in his email accounts, 5,443 images and 53 videos of child pornography, including 43 images and one video portraying sadistic or masochistic conduct and 16 images portraying toddlers.”

McArthur received hundreds of images and multiple videos of child pornography in his email, prosecutors said. 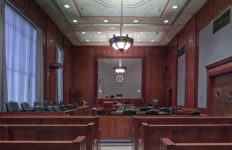 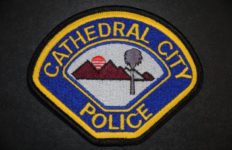