Attorneys for Daniel Patrick Wozniak argued that their client’s constitutional rights were violated when he asserted his privilege to have an attorney present, but investigators kept questioning him anyway. Prosecutors, however, argued that Wozniak essentially changed his mind three times, waiving the privilege.

Prosecutors cited one exchange with investigators when he appears to be annoyed that he won’t get out of jail in time to attend his wedding.

“As he did this, he was standing in the open door way to exit the interview room,” prosecutors wrote in court papers last week. “Shortly after that, he decided to walk back into the room, sit down and continue to talk to the investigators. He then was attempting to bargain with the investigators and stated, ‘So what is my motivation to help anything here?’ Clearly this is not someone whose will has been overborne by the police leading to an involuntary confession the following day.”

On the following day, Wozniak asked to see investigators and he allegedly told them of the crimes, according to prosecutors.

“After being re-advised of his Miranda rights, the defendant waived those rights and confessed to the murders,” prosecutors wrote.

In the second exchange with police, Wozniak said, “I’d like to see a lawyer please,” prompting the lead investigator on the case to reply, “OK.”

Another investigator added, “If you change your mind you can… you can contact our jailers… and they can get ahold of us at any time, OK?”

Wozniak replied, “But nothing I say is gonna get me out for Friday? No… right?”

The investigator responded, “No, absolutely not. I’m… I’m making that clear to you. That’s why I came in here to tell you that.”

Wozniak replied, “OK, then my life is over.”

Wozniak continues to try to bargain with the investigators, saying he could give them information about the case if they would let him out in time for his wedding, according to a transcript of the interview.

The officers, however, assured the defendant he would not be freed.

“So what is my motivation to help anything here?” Wozniak said.

“To help your fiance understand why this all occurred and why you are,” the officer replied. “And why her life is gonna be turned upside down…”

Orange County Superior Court Judge John Conley sided with prosecutors that the confession was freely given and the defendant’s rights were not violated.

Questioning of potential jurors is scheduled to begin Dec. 7.

Wozniak is accused of shooting Samuel Herr after luring him to the Los Alamitos Joint Forces military base in May 2010.

Prosecutors allege he then used the victim’s cellphone to trick another friend, Juri Kibuishi, into going to Herr’s Costa Mesa apartment, where Wozniak shot her and then made it look as if Herr killed her during a sexual assault.

Wozniak, who then allegedly returned to the base to dismember Herr’s body, is accused of committing the crimes to steal from the victims to pay for his wedding and honeymoon. 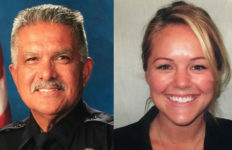 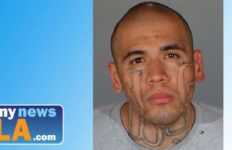 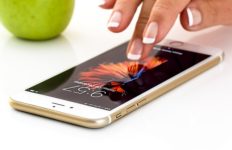